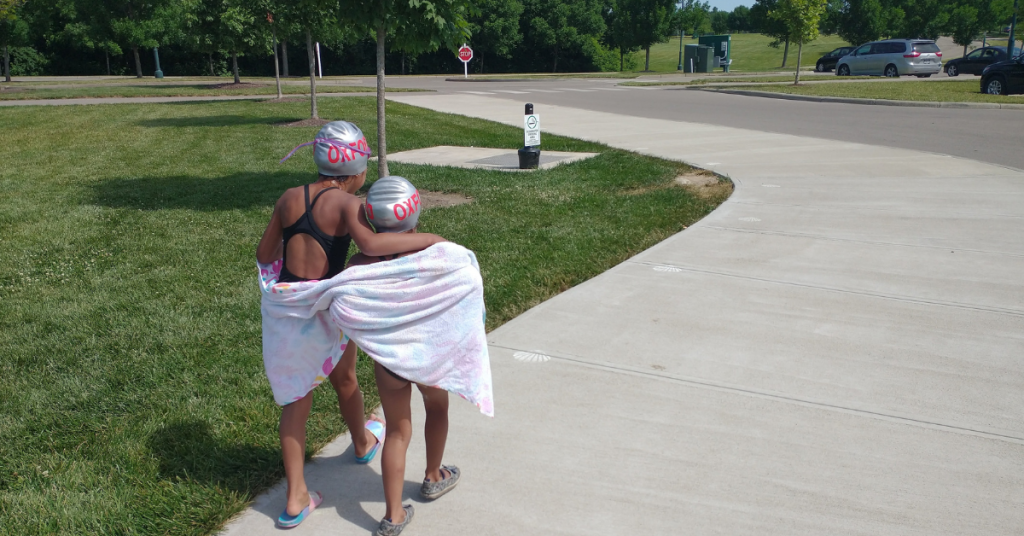 Would you rather be timed while swimming laps back and forth in a pool for an hour or float around in the sunshine with a fruity drink with a fancy paper umbrella?

This is a no-brainer for me.

I am team fruity drinks and fancy umbrellas all day, every day. And, it turns out, so is at least one of my daughters.

I was thrilled to  watch my daughters swim and make friends at swim team practice this summer.

It was nearly impossible to see from one lap to another, but their skills and strength grew tremendously through their daily practce.

Their impresseive progress inpsired me to explore the concept of choosing consistent repetition over apathetically sipping on my fruity drink while wishing I could swim.

In today’s Find Grace Thursday post, you’re going to learn how I am finding grace in growing slow. 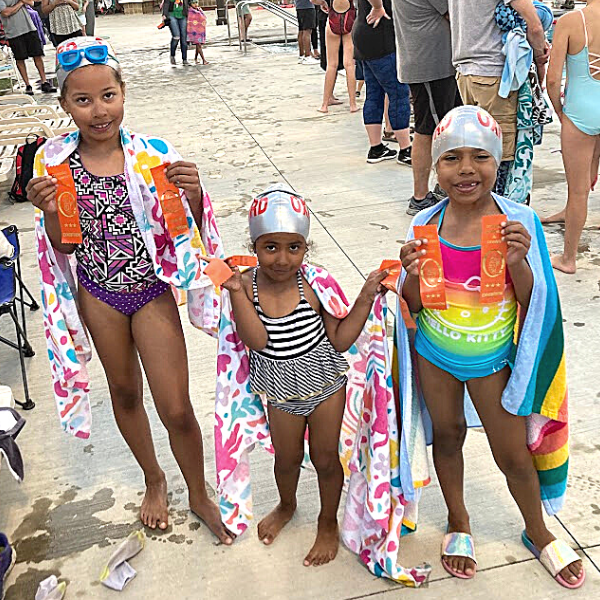 This summer was my first experience being a swim team mom, so I wasn’t sure how much sideline commentary fit into the cultural norm, but I lost count of how many times I shouted from the bleachers during practice, “Kick your feet! Maya, you have to kick your feet, babe!”

Maya would just look at me through her goggles, with a smug smile that said everything her swim coach and I needed to know about her intentions for backstroke practice.

She was having a glorius time laying on her back and letting her swim coach walk her halfway down the lane and back—there was going to be very little effort given toward the splashy-kicks that should be propelling her.

Maya did not learn how to backstroke this summer.

She did, however, learn to freestyle, which in itself felt like a small miracle. She logged many hours in the pool with patient swim coaches (saints) before it finally clicked for her at the end of the season. 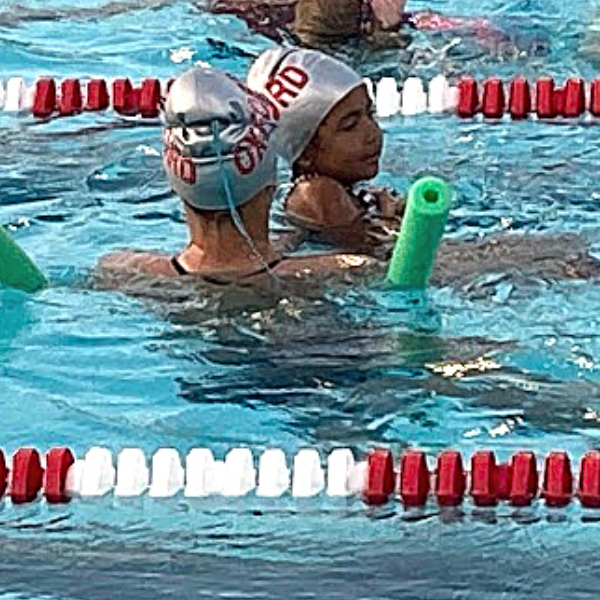 In contrast to Maya’s lackadasical approach to growing, Simone consistently showed up to the pool prepared to become as mermaid-like as she possibly could.

She swam back and forth, time and time again, listening to her coaches with a smile and immediately putting their feedback into action.

While their suggestions and her actions were seemingly small each day, but what she accomplished from the beginning to end of the season was anything but small.

Her steadily small growth hinged on some big principles.

It was all fun and games the first week until they took her to the deep end.

Bless her little easily-spots-anything-that-could-go-wrong heart, she spent the entire weekend thinking about the deep end and by Sunday she was insisting she wanted to quit.

I told her she needed to finish out the next week, which was the last of the trial period, and if she still felt that way, she could quit. We prayed for bravery and wisdom and direction that night.

I was grateful when she got into the van after practice on Monday exclaiming, “I don’t want to quit anymore, I love swim team!”

Her coach wrote the race assignments for swim meets and knew most kids Simone’s age didn’t know all the strokes, but wanted to see where they were.

When we found out she was supposed to swim the butterlfy at the first meet, with zero experience, we pulled up a youtube video and called on her courage.

I cheered like crazy as I watched her reach for the wall after swimming her first butterfly across all 25 meters of the race.

It takes courage to forget about the possibility of failure long enough to take the first step forward in something.

She knew what mattered most was not the times she clocked on her races, but whether or not she listened carefully to her coaches and tried to apply their feedback to her swimming.

Being coachable requires humility and discipline.

She celebrated the small wins.

I lost count of how many rainbow-ombre colored, gold lettered ribbons she brought home proclaiming her swimming participation excellence.

They have her name, the race, and her time labeled on the back, and she treausres each one of them.

She was not the best swimmer on the swim team, and she did not care because that was never her motivation.

I love her for that.

Simone started the summer wanting to swim. So did Maya. Both of them reached those goals, which is great, but there was a clear (age-appropriate) difference in the maturity with which they approached their goals. 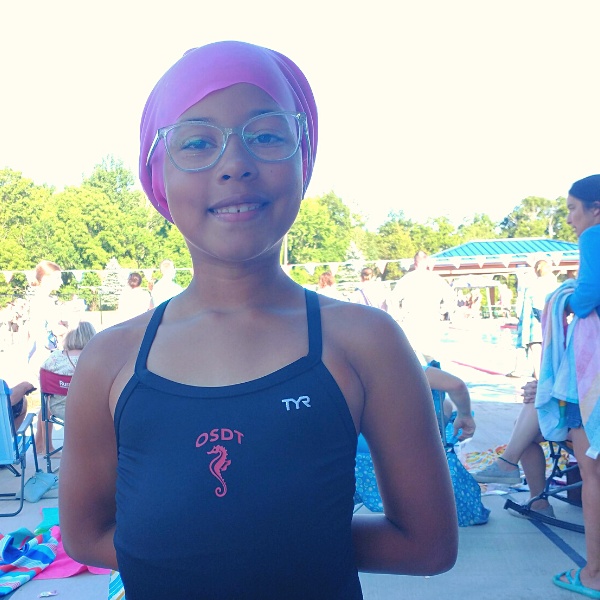 I giggle when I think of Maya being toted around the pool on her back by her swim coach this summer.

I can identify with her in her display of apathy.

She was safe from  being splashed if she didn’t kick her feet.

She was moving around in the pool, which was a swimming adjacent activity—what more could the universe want from her in that moment?

I’ve since asked myself, in what areas am I doing things that are “adjacent” to what I actually want to be doing?

Where am I holding myself back because I don’t want to consistently put in the courage it takes to try, the willingness to admit I don’t know it all, or the discipline to take small faithful steps that compound over time?

What am I totally missing out on because my pride is taking up so much oh my head space, insisting that someting is only worth doing if I can be one of the best.

The embarrassing answer is too much.

It’s all the things.

My writing and physical health come to mind as two of the biggest places where I get stuck doing almost what I actually want to do.

I have started asking God to help me find grace in growing slow.

In showing up and doing my best even when it’s far from extraordinary.

And, I’ve promised myself that when I do show up, I will hang my own rainbow colored ribbons with gold ribbons up in my heart so that I can treasure the joy that comes with doing something for no other reason other than it’s meaningful to me. 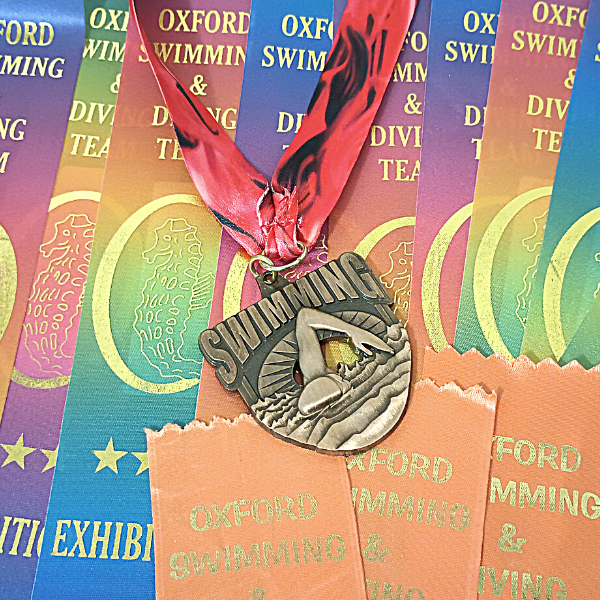 We can make progress on our allyship journeys if we commit to growing slow:

If you’re already clocking those purposeful, repetitive motions, if you’re already listening and learning, and you’re celebrating yourself for showing up to whatever task is at hand, whether it’s your allyship journey or any other pursuit that is meaningful to you, my hat is off to you.

You are wise and I am cheering for you.

But, If you’re still sipping an imaginary fruity drink and giving me side-eye through your sunglasses, I raise my glass to you in empathetic solidarity. 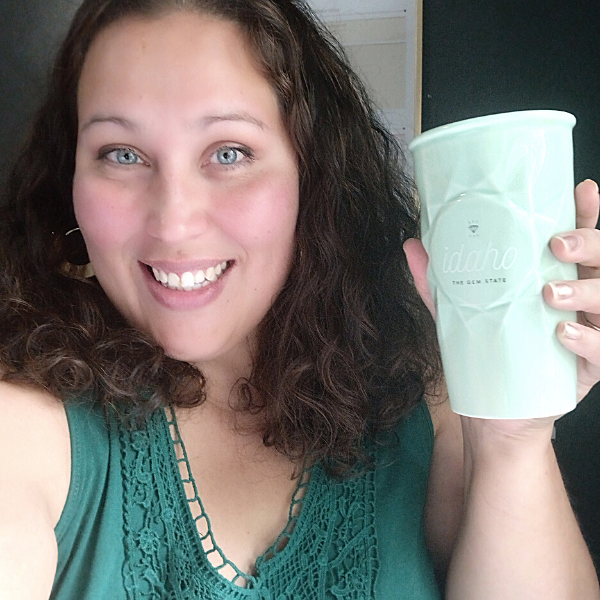 I see you and that monster called Fear of Not Being Enough behind you.

I can hear the lies it is whispering in your ear, too.

You’re not crazy. That self-doubt is real and it came from somewhere—the pits of hell.

It has no business with us, and I’m inviting you to join me in the deep end.

Let’s give ourselves a trial period to see what happens if we stand up and throw our drink in that monster’s ugly face and walk away.

And, we’ll call it finding grace, because, it’s Thursday and that’s what we do here.

If you are planning on joining me today in digging deep to find grace for ourselves and others, please let me know by commenting below and sharing it with anyone you know who could use a little extra grace today.

Now you know exactly how we can find grace in growing slow in our personal allyship goals, but what about applying this principle to our parenting?

I’ve got a blog post about slowing down in the busy back to school season to make sure we are showing up as allies for our kids for you to read to help you with that. 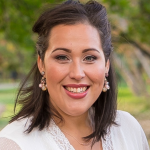 I'm Jamie and you are welcome here, friend!

If you want your kids to become allies but are still learning yourself, subscribe to Reading, Writing, & Raising Allies to get an inside look at how we are teaching allyship skills here at Casa Corbin. 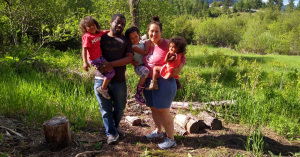 Does Allyship Matter in Non-Diverse Communities? 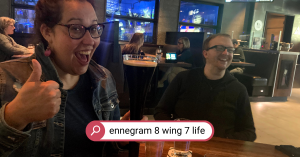 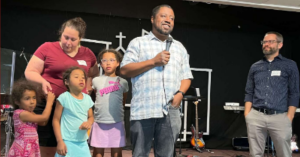 It’s September 2022 and after what felt like the longest, most unwanted break from writing 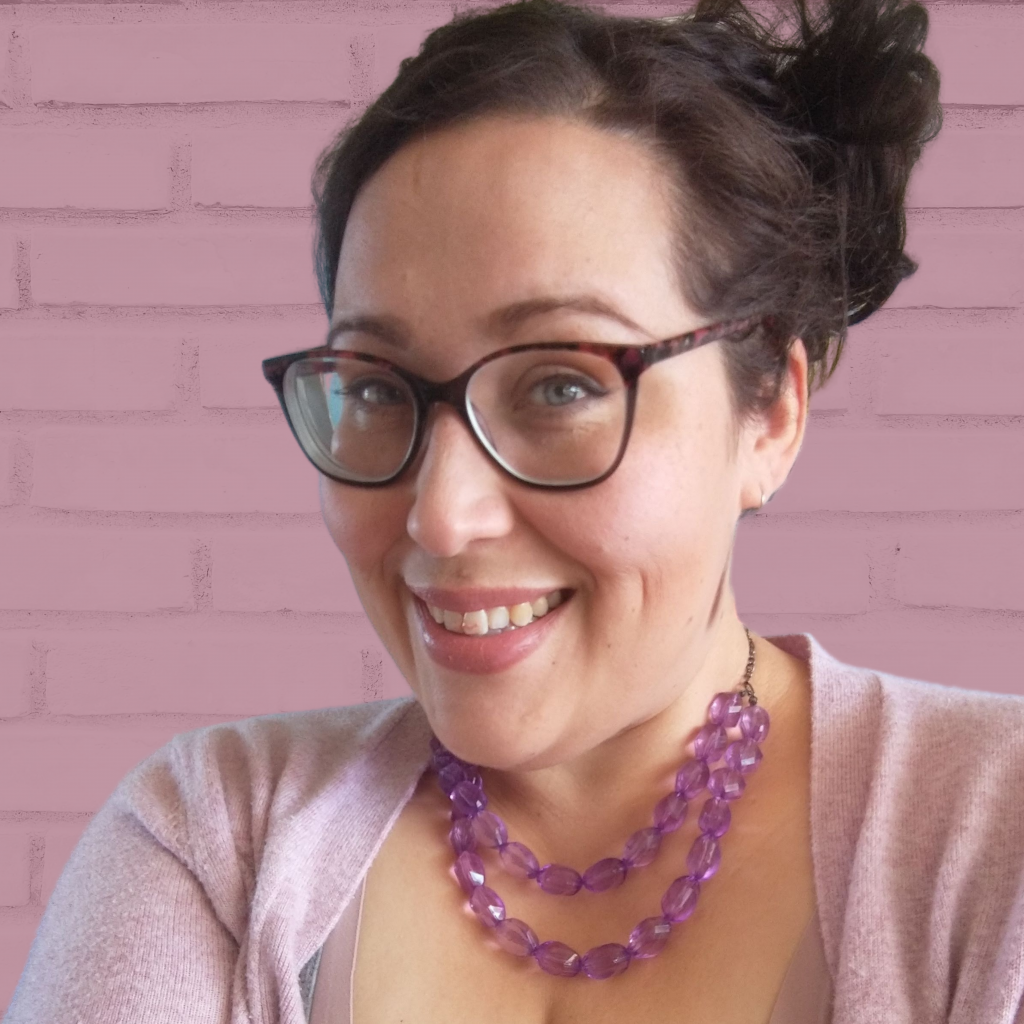 I am so glad you're here!

If you are looking for honesty, insight, and encouragement as you learn how to be an ally, you are in the right place!  I am passionate about using stories to build empathy and supporting people as they learn to become better allies.

I'm here for you!

I created a FREE guide to help you take your first step to becoming an equipped, reliable, and action oriented ally in three simple steps. Want me to send it to you? 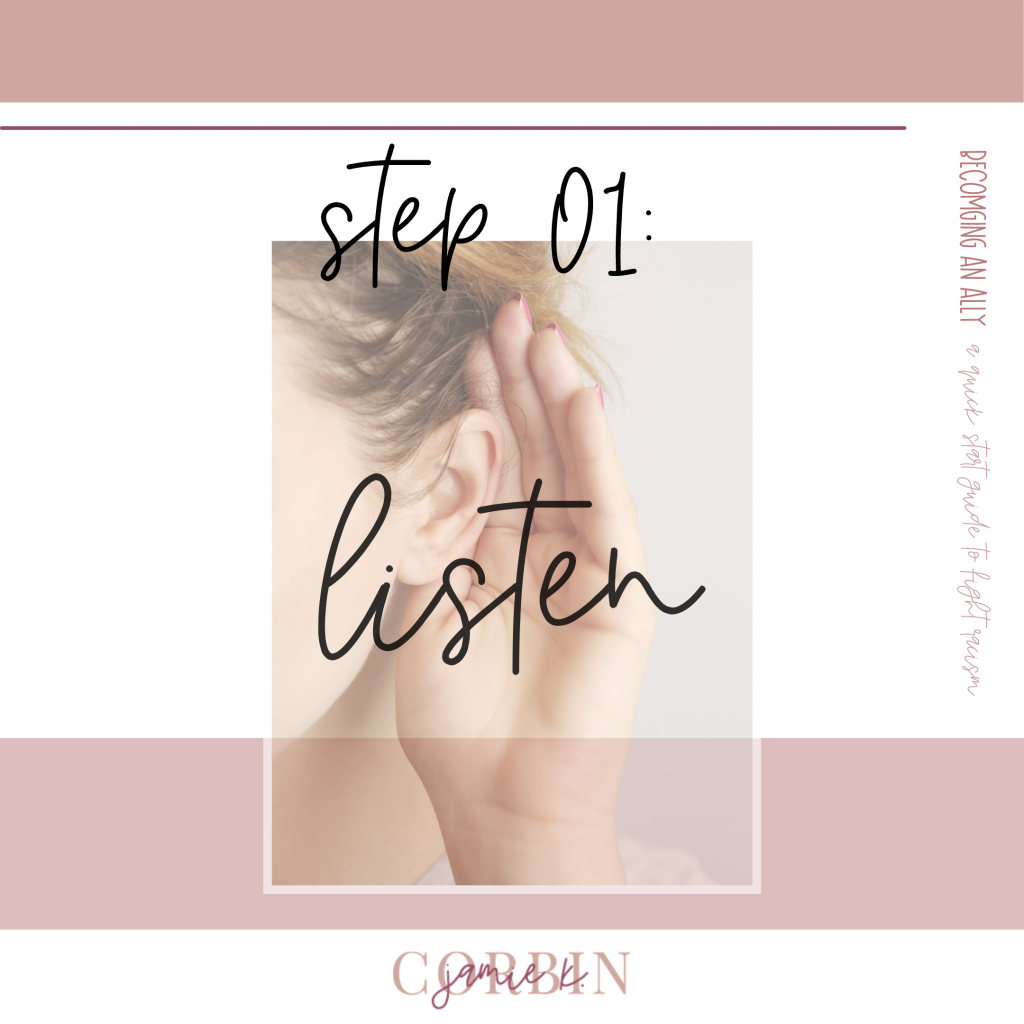 Ready to get started?

Got kids in your life?

Reading, Writing, & Raising Allies is written with you in mind! This monthly newsletter offers encouragement and inspiration about how to cultivate a family culture of allyship.